Thomas Aeschi is a member of the Swiss People’s Party (SVP) and has represented the people of the canton of Zug in the National Council since 2011. He has been leader of the SVP parliamentary group since 2017 and has been a member of the party’s governing board since 2016. He sits on the Economic Affairs and Taxation Committee, the Social Security and Health Committee and is a member of EFTA/EU Delegation.

He is also a consultant with a leading international consultancy and auditing firm. Prior to that he worked in mergers and acquisitions at a leading Swiss bank in Zurich and Melbourne.

He holds the rank of first lieutenant in the Swiss army. In his spare time Thomas enjoys travelling, skiing, and hiking.

You’ll find my personal profile on the official website of the Swiss parliament here.

Donate for the reelection compaign of Thomas Aeschi

In order to be reelected to the National Council, I depend on your support. Your donation will be treated confidentially up to an amount of CHF 14,999. According to the amendment of the „Federal Act on Political Rights, Transparency in Political Financing“ (BBl 2021 1492) and the «Ordinance on Transparency in Political Financing», the origin of campaign donations exceeding the amount of 15,000 francs must be disclosed.

Please make your donation to my campaign for reelection to the National Council to the following bank account: 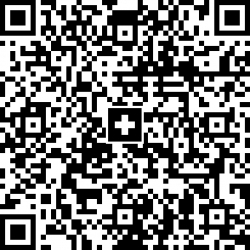 Alternatively, you can support my campaign for reelection to the National Council with a donation via TWINT:

Thank you very much for your donation!

This website uses cookies to improve your experience while you navigate through the website. Out of these, the cookies that are categorized as necessary are stored on your browser as they are essential for the working of basic functionalities of the website. We also use third-party cookies that help us analyze and understand how you use this website. These cookies will be stored in your browser only with your consent. You also have the option to opt-out of these cookies. But opting out of some of these cookies may affect your browsing experience.
Notwendig immer aktiv

Any cookies that may not be particularly necessary for the website to function and is used specifically to collect user personal data via analytics, ads, other embedded contents are termed as non-necessary cookies. It is mandatory to procure user consent prior to running these cookies on your website.